The heavy monsoon rain, the onrush of water from the hilly areas and the rise in water levels of major rivers have flooded vast areas in the north, northeast and southeast regions of Bangladesh. With more than 30 districts inundated and 11,000 households displaced, the flood affected some 5.4 million people causing extensive damage to their lives and livelihoods. In many villages, hundreds of people have been marooned while many others have been rendered homeless. At least 202 deaths have been reported in the local media. 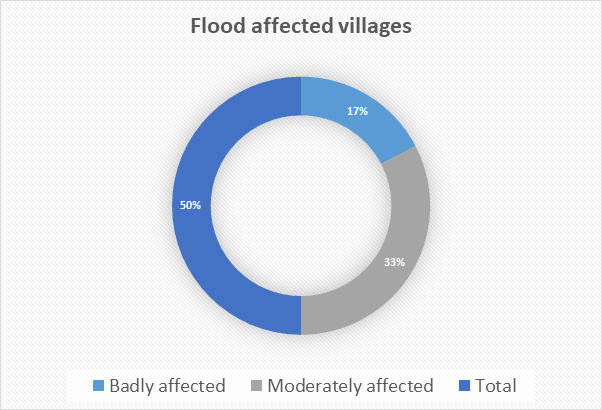 The initial assessment of the Prosperity project (done by its partner organisations) also depicts a similar situation in some of its 17 piloting unions. Kishoreganj, Sunamganj and Kurigram – all of which are Prosperity districts – are among the worst affected. In all, 98 Prospeirty villages of nine unions of six districts suffered extensive damage while 5,702 Prosperity participants’ homes were partially or fully destroyed.

Many marooned people have taken shelter on embankments, by roads and highways and on highlands with their cattle. Some 262 acres of cultivable land of 1,400 extreme poor households were flooded. Partners also reported that 1,354 project participants lost 1,947 cattle, 1,339 participants lost 1,990 goats, and 3,557 families lost 7,784 poultry. 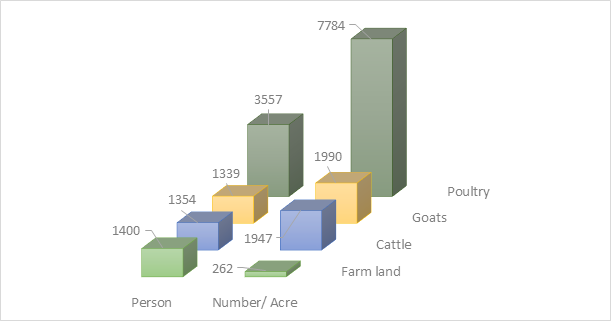 The livelihoods of these project participants, especially those involved in the farm sector, have suffered a serious blow. The Covid-19 pandemic is throwing additional challenges to the recovery efforts.

However, based on the initial assessment of the damage, the Prosperity project is chalking out a comprehensive plan to support some of these people so they can cope the crisis in the short term and rebuild their livelihoods in the long term.