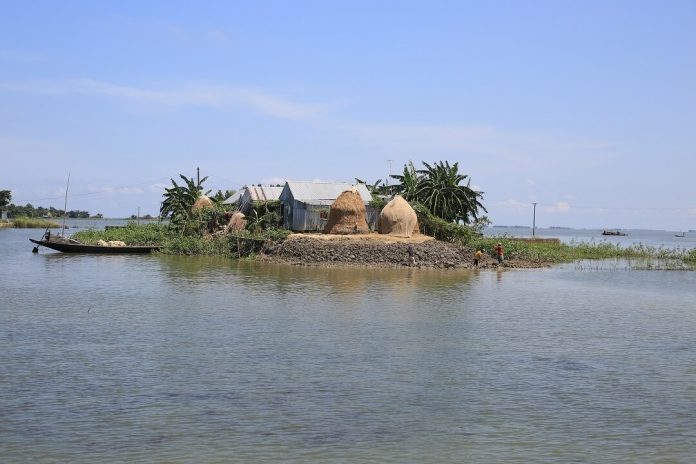 Lifting people out of poverty requires knowing who is actually poor, where and how the poor households of our society live (Banerjee and Duflo 2012; Ravallion 2016). Selection criteria for identifying those poor households should, therefore, be mentioned clearly as the targeting indicators. Practised indicators for selecting project participants is then used to check the homogeneity of the targeted households.

Direct Calorie Intake (DCI) was previously used in Bangladesh to calculate the national poverty line. It is defined by calculating how much it costs to purchase a certain amount of food for survival. For minimum nutritional requirements, 2,122 kcal per day per person was used for identifying ‘poor’ and 1805 kcal per day per person were used to identifying ‘hardcore poor’.

A new method called ‘Cost of Basic Needs (CBN) has been used to calculate poverty since 1995 where “a poverty line can be defined as the minimum level of household income that can enable the purchase of a bundle of goods and services to satisfy the basic needs of the household” (Bangladesh Bureau of Statistics, 2011, p.177). Under CBN method, two poverty lines, i.e., ‘upper poverty line’ and ‘lower poverty line’ are used to determine ‘poor’ and ‘extreme poor’ respectively.

US$1 a day line was introduced by the World Bank for measuring poverty in 1990 for international comparison. The World Bank raised this to US$1.25 in 2005 and US$1.90 in 2010. To make a comparison between countries, this amount of dollars is adjusted with Purchasing Power Parity (Addison et al., 2009a).

Another new approach for poverty assessment termed Multidimensional Poverty Index (MPI) was developed in 2010 by Oxford Poverty & Human Development Initiative. The United Nations Development Program (UNDP) uses different factors to determine poverty beyond income-based lists. The MPI is an index of acute multidimensional poverty (UNDP 2014). It shows the number of people who are multidimensional poor and the number of deprivations with which poor households typically contend. It reflects deprivations in very basic services and core human functioning for people across countries. These are measured using the following 10 indicators: child mortality, nutrition, years of schooling, children enrolled, cooking fuel, toilet, water, electricity, floor and assets (Kovacevic and Calderon, 2014, Alkire et al., 2015).

Bangladesh made remarkable progress in poverty alleviation since its independence. Despite notable achievement in reducing poverty, Bangladesh is still home to 40 million poor people, around 50 per cent of them are extremely poor, according to the Household Income and Expenditure Survey 2016. Against this backdrop, the PKSF has recently started implementing a project titled Pathways to Prosperity to Extremely Poor People (PPEPP), funded by the DFID and the EU, primarily to enable two million people to exit from extreme poverty for good in two phases. This project targets the regions where the prevalence of extreme poverty is high and the decline over the last decade have been slower than in other areas in Bangladesh. These are:

Under the Prosperity project, the PKSF has a plan to work in 271 unions of 15 districts and has undertaken the following steps to identify the extremely poor households through its implementing Partner Organisations (POs). As many as 250,000 extremely poor households will be covered in the first phase and they have started to enroll as the programme participants. The implementing POs have facilitated the enrollment process. This enrollment and continued membership with the implementing PO will ensure that participants receive various services, such as skill development training, nutritional services and other services. Targeting the right households that are in extreme poverty categories is an all-important task for the Prosperity project.

Data needs to be therefore collected systematically to check the homogeneity of the targeted households with reference to the national lower poverty line, used for identifying extreme poor people in Bangladesh. However, in addition to income and expenditure related indicators, the selection criteria may need some proxy-indicators for practical reasons at the local level.  In consultation with village leaders in the project areas, NGO representatives, experts in extreme poverty research and other stakeholders, the following criteria have been used as proxy-indicators for selection of the extremely poor households in Bangladesh:

After a series of rigorous consultations with stakeholders and some field tests at the local level, the Prosperity project has attempted to use the following selection criteria. It has three stages. First, households have to meet the inclusion criterion outlined below. Second, households are tested through some complementary inclusion criteria to understand the depth of their poverty and, finally, households need to satisfy the exclusion criteria.

Households fulfilling three out of these five core indicators are selected as potential participants of the project.

A number of complementary indicators that have been used to understand the depth of the poverty and the aspects of deprivation of the primarily selected households. The indicators are as follows.

The following criteria are used as exclusion criteria. Households are not considered as project participants if they:

Second, Census will be used for further validation of the potential participants identified through the PEPIT.

The PEPIT is a tailor-made qualitative research technique. It uses Participatory Social Mapping for visualisation and area demarcation while FGDs are used to hold a structured discussion to obtain in-depth information (qualitative data) in the three regions of the project’s working area. The purpose of the discussion is to use the social dynamics of the extreme poor group, with the help of a moderator/facilitator, to stimulate participants to reveal essential information necessary to identify extreme poor people in those areas. In this project, this PEPIT will be used to identify extreme poor participant based on the identification criteria of extreme poor people.

This PEPIT are based on para/mahalla of each union. In the selected village of these unions, the participants are selected based on perceived poverty or wealth ranking. Several indicators are used to identify the extreme poor group of people. The following conceptual criteria have been used for PEPIT and also for selecting the programme participants at the later stage.

The Prosperity project has primarily selected extremely poor households using information gained through PEPIT. Household census in the project working area is done for further validation of the initially selected participants.  The project has formulated the census questionnaire based on the following three dimensions. The household census will act to mitigate inclusion or exclusion errors and a validation mechanism to reduce mainly ineligible household. Since monitoring is a vital part of project implementation, household census will be updated each year and these data will be used to monitor the progress of the project component. Periodic analysis of this database will also facilitate the necessary change to strengthen the project design. The census data of this project will be collected using ODK, to keep the data in a digitised form.

This will make the analysis and monitoring easier and socio-economic changes of the participants will be easily visible from the analysis. Because of the volume of the data, of some 250,000 households, digital database will help to track attrition problem. Attrition problem will be visualised from periodic census. Programme participant identification and validation will be possible. Also, error of inclusion will be validated. The census will also help the programme placement mechanism taking into account the heterogeneous socio-economic condition. As deprivation is multi-dimensional, this census will facilitate sustainable graduation implementing multi-dimensional programme. A series of systematic validation exercises using different techniques, such as proxy means test, will be done periodically to reduce inclusion errors (leakages i.e. including the non-poor) and exclusion errors (under-coverage i.e. not including the poor).