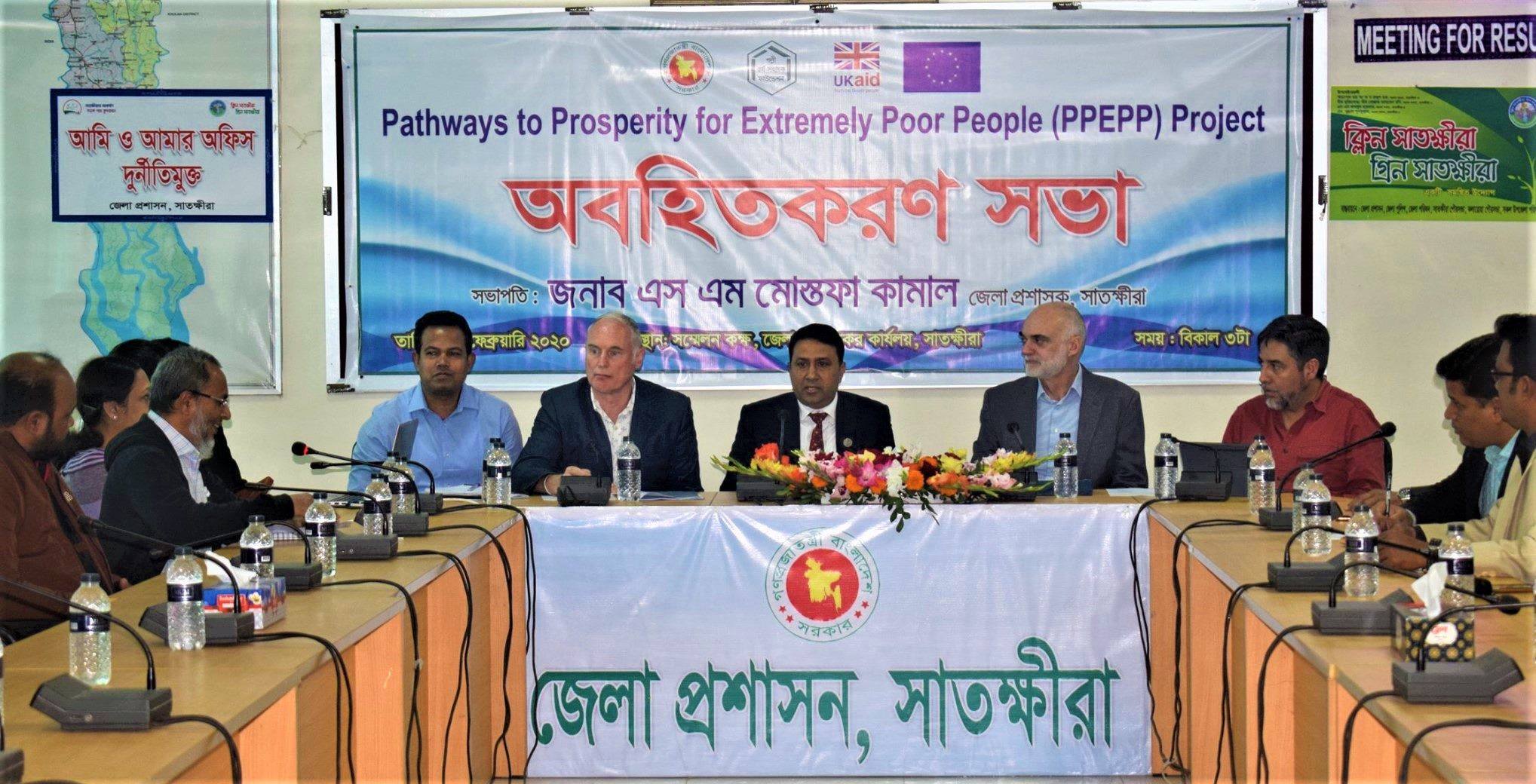 A high-profile delegation from the UK’s Department for International Development (DFID) and the European Union (EU) has visited Satkhira, a southwestern district under the Pathways to Prosperity project, to see for themselves the challenges in the area that is already bearing the brunt of climate change.

It was their first visit in a Prosperity project area after the programme started its journey in April 2019 with funding from the DFID and the EU.

During the three-day visit from 04-07 February 2020, the delegation also explored the challenges of extreme-poor household selection, linking the extreme poor people to public and private service institutions, as well as their potentiality. 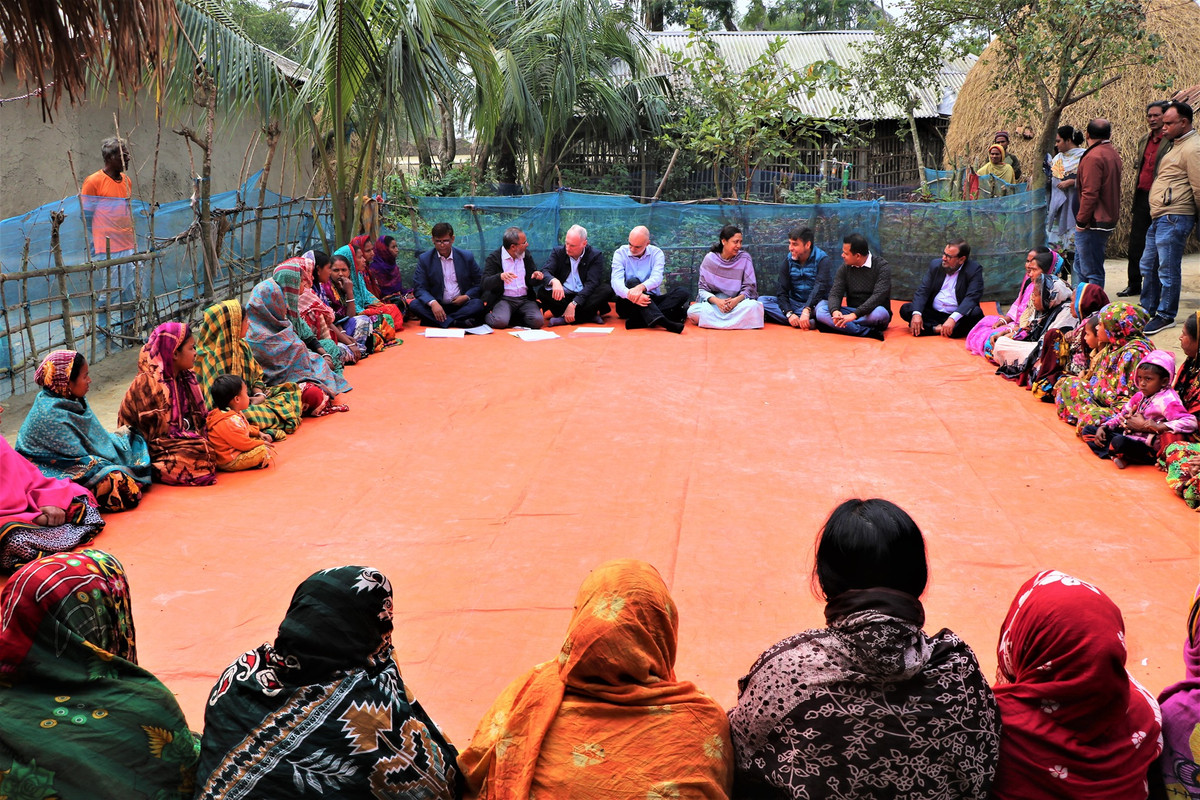 Crab farming has become popular among local farmers in Satkhira because of its high demand in international market. Considering the export and growth potentiality, PKSF partner organisation Nowabenki Gonomukhi Foundation (NGF) has established a crablet hatchery in Shyamnagar of Satkhira with financial assistance from the PKSF.

The PKSF is working to popularise small-scale crab hatcheries at the household level in the area, given the increasing demand of crablets for crab culture.

On 5 February 2020, the delegation of the development partners visited the hatchery and explored the potentiality of crab rearing and its value chain in the light of the Prosperity project, which aims to lift some 1 million people from about 2,50,000 households out of extreme poverty by 2025.

They also visited a soft-shell crab fattening farm and an eel fish depot in Shyamnagar. Local producers sell their eel fish at these depots, from where these are sent in bulk to the capital for export. 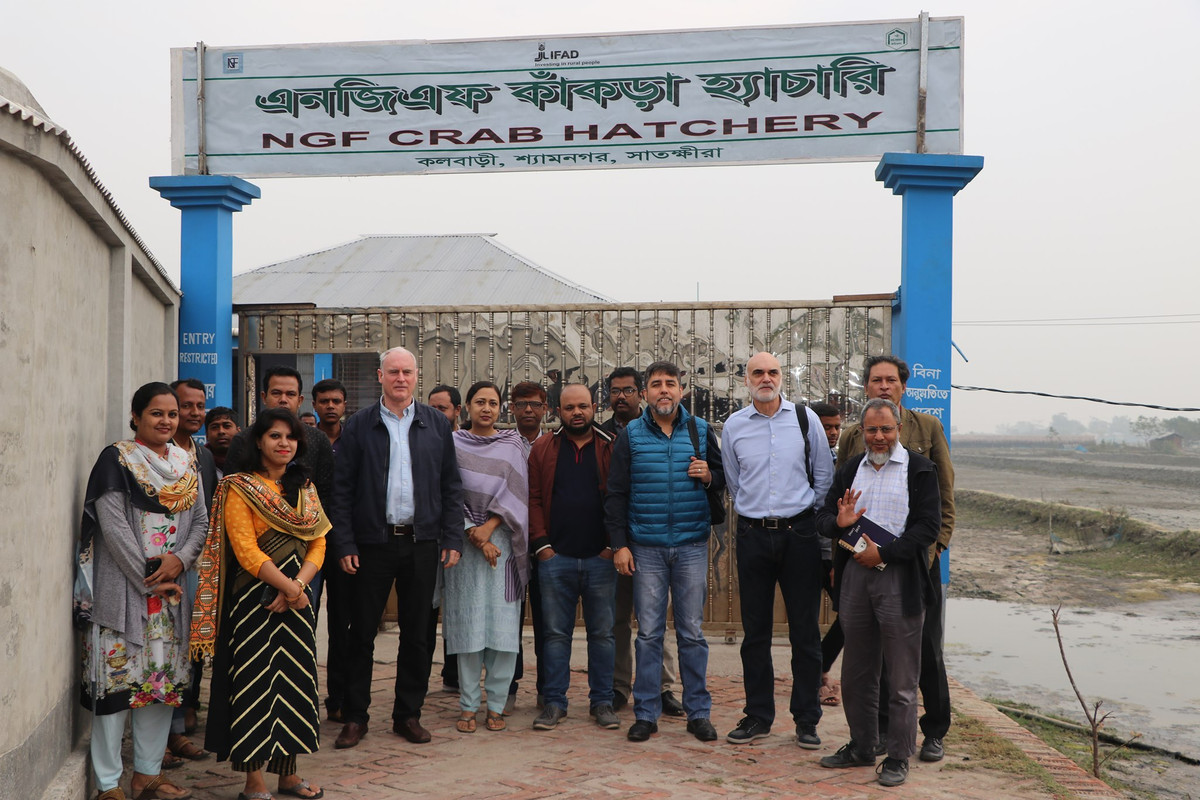 The PKSF has been promoting the value chain of eel farming to create employment opportunities for the poor people, while also creating market linkage for them throughout the country. 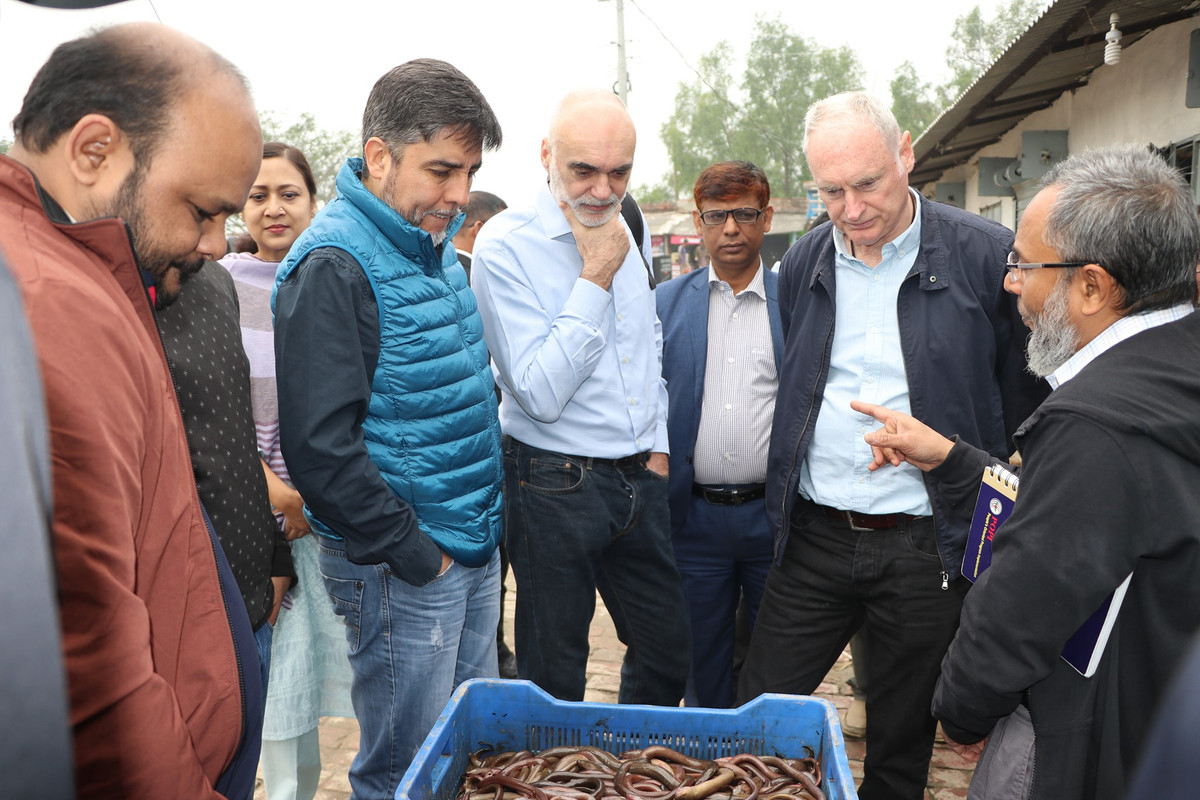 REAPING THE BENEFITS OF INNOVATION

Sadek Hossen, 50, has been a farmer all his life. But Shyamnagar, where he lives, is heavily affected by salinity. As a result, Sadek and other farmers in the area have long suffered for the lack of water for irrigation.

For a solution through technology transfer, NGF helped build a new model to store rainwater in mini-ponds on or by the farmland so farmers can use this for irrigation during the dry season. 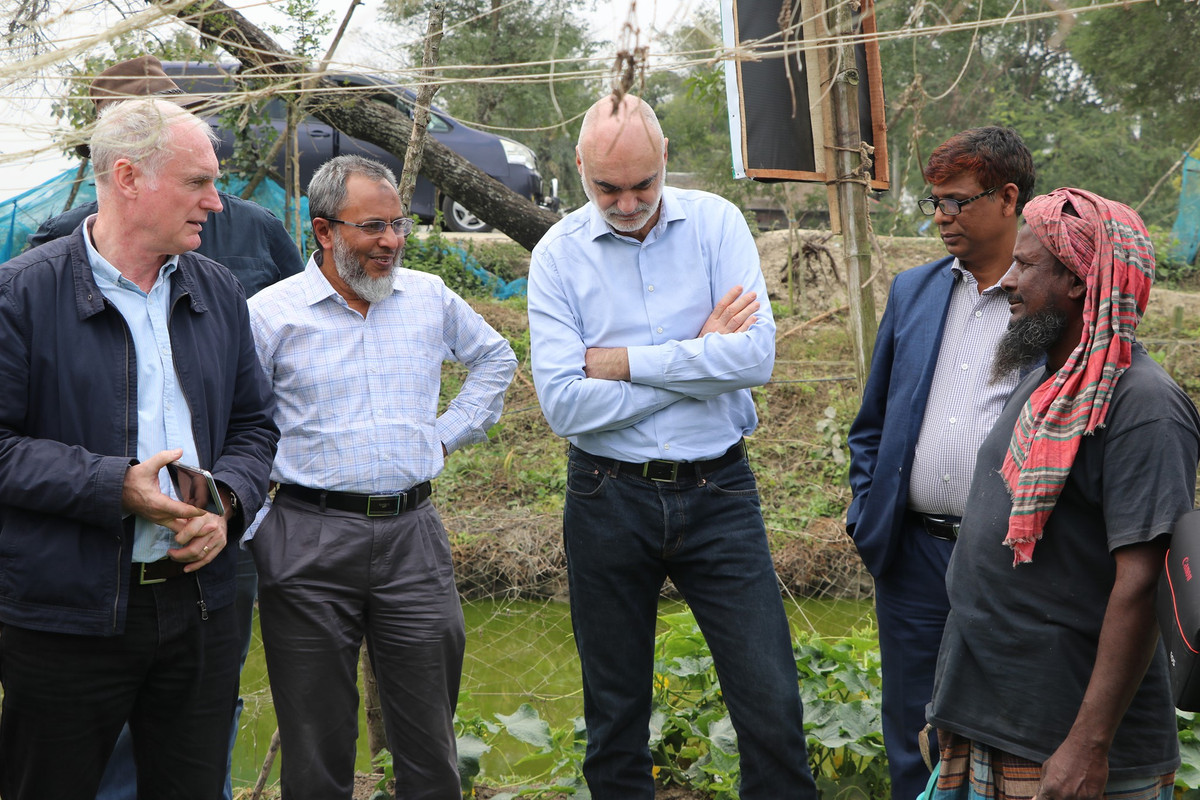 “Thanks to this model, I can now grow a number of vegetables on my land which once lay barren,” Sadek told the delegation during their visit at his farm. 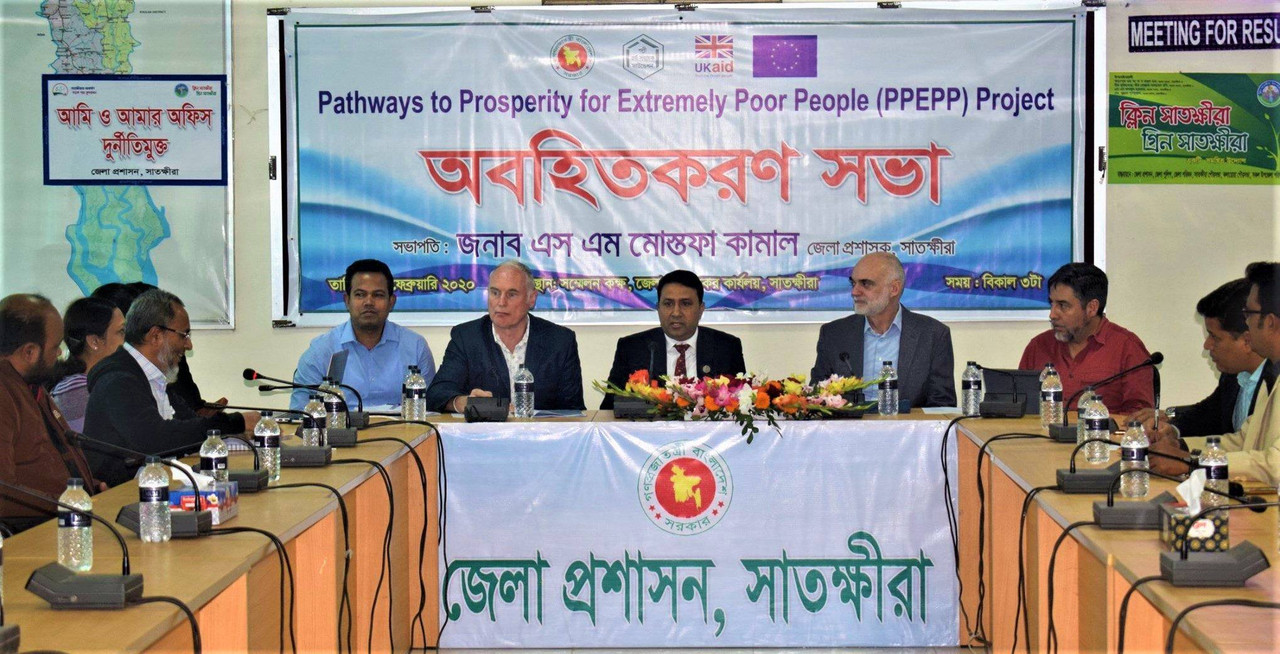 During the meetings, they discussed how various public services, including nutrition and primary healthcare, agriculture extension and safety net allowance, can be ensured for the extreme poor.

Both the DC and the UNO gave assurance of all-out support, and expressed hope that the project will be able to improve the lives of the extreme poor people in the area.

As part of the tour, the delegation members held a discussion with a group of about 30 locals in the district’s Gabura union, where piloting of the project is now underway. 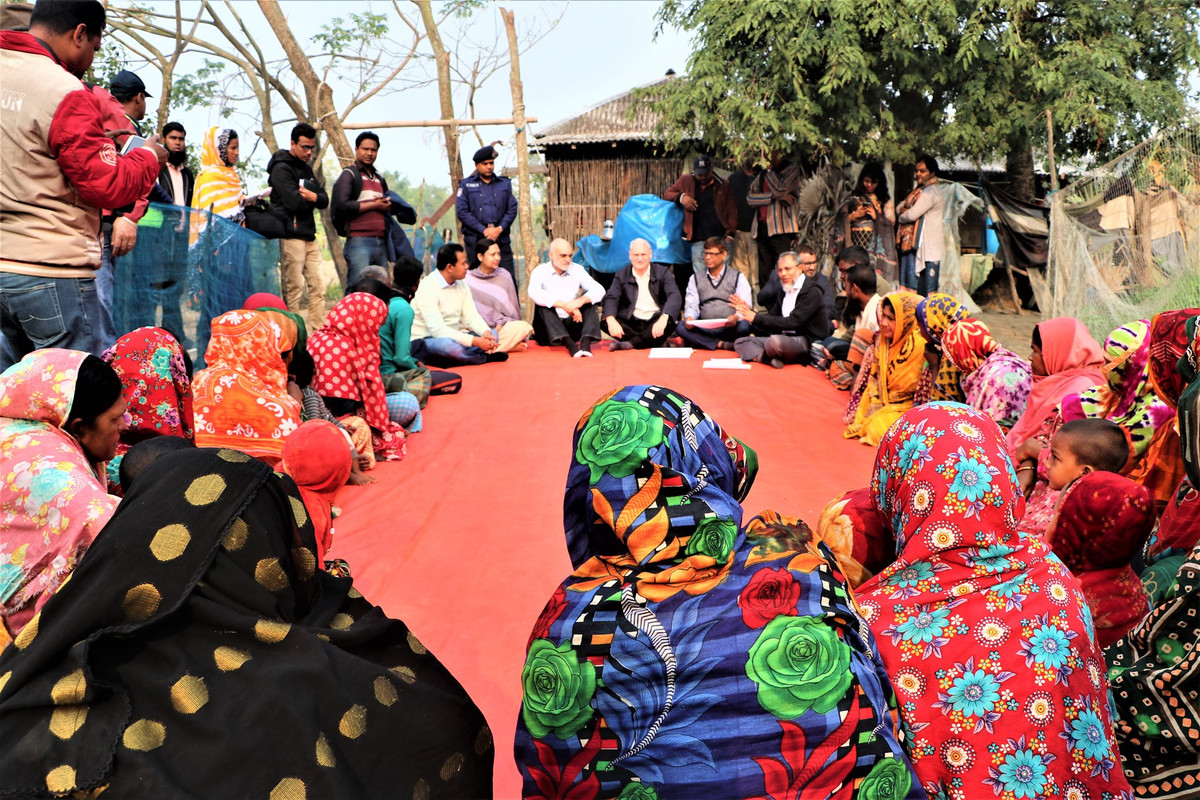 During the meeting, the local people spoke about the adverse impacts of the changing climate, such as salinity and cyclone, and the resulting livelihood challenges.

The team also visited Dumuria Community Clinic at Gabura to learn about the service delivery system and spoke with the health officials about their regular activities and medical supplies. 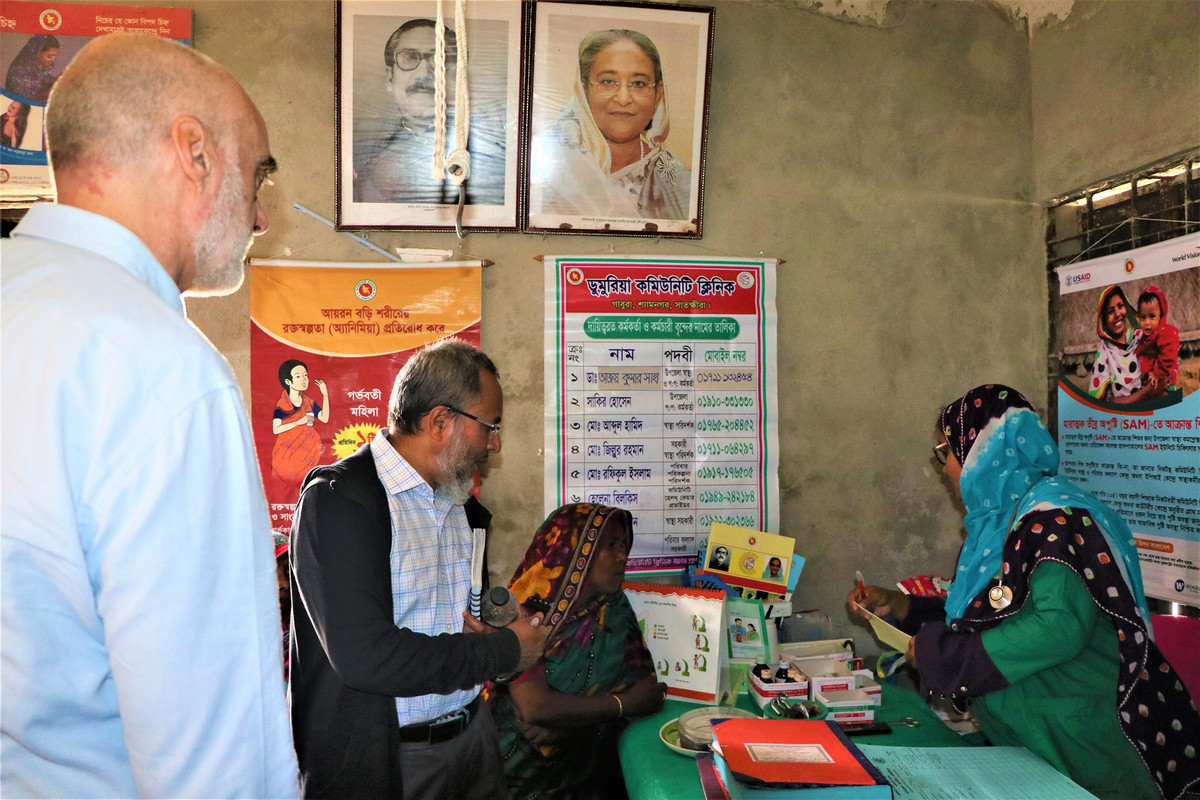