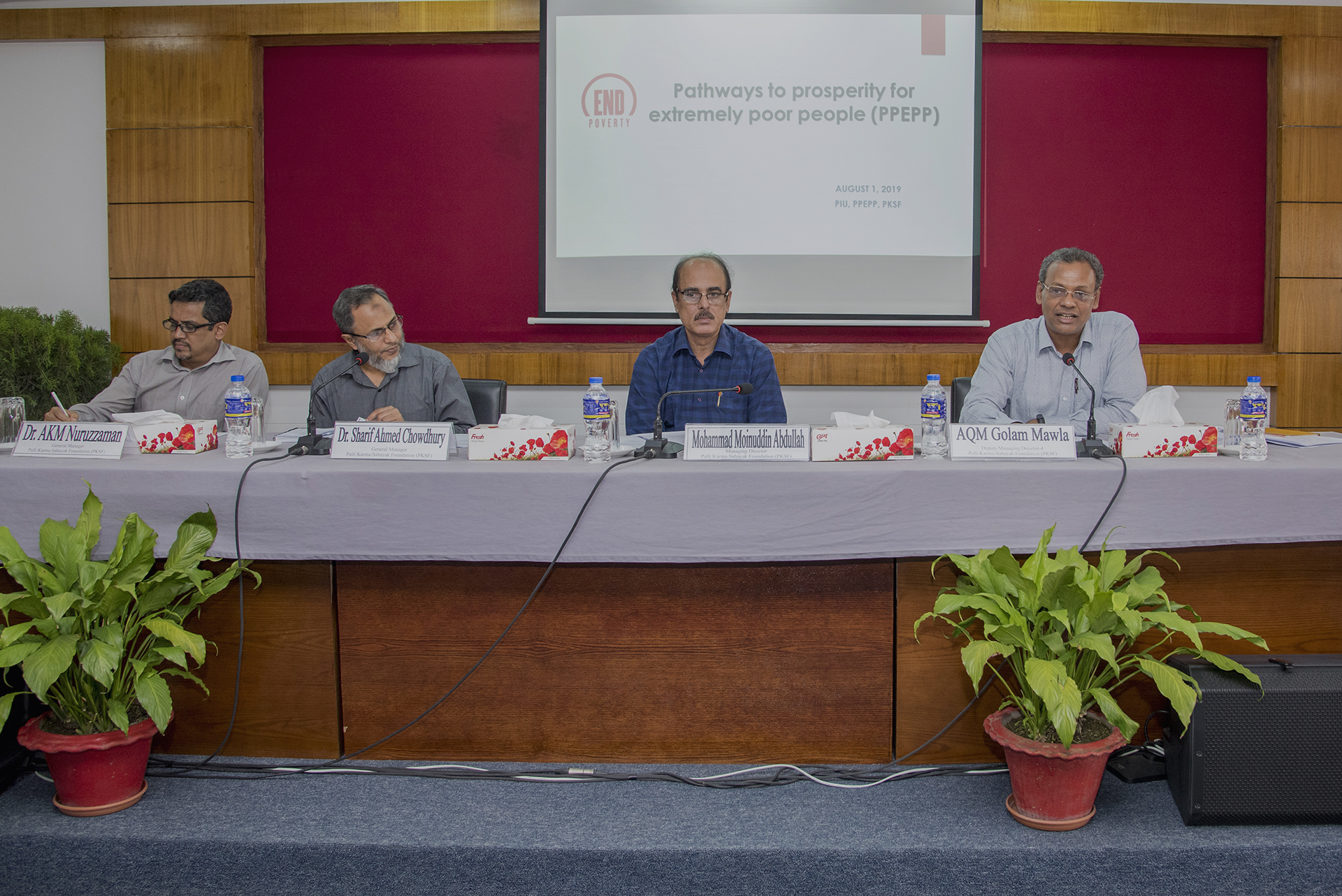 Dr. Sharif Ahmed Chowdhury, General Manager, PKSF & Advisor of PPEPP project, delivered a presentation on the project’s background, objectives, milestones, and possible activities during the piloting period. Dr. A.K.M. Nuruzzaman, General Manager, PKSF shared his experience and learning on the successful completion of the UPP-Ujjibito project. The Executive Directors/representatives from 10 Partner Organisations (namely, TMSS, RDRS-B, ESDO, SHARP, NGF, Unnayan, CODEC, GJUS, POPI & GBK), which are expected to carry out the piloting, were present at the workshop.

Dr. Sharif Ahmed Chowdhury described that the focus of the PPEPP project shifts away from the ‘Graduation’ to ‘Pathway out of Poverty’ by applying a more tailored support package including grants and soft loans with a longer intervention timeframe. He explained how the model for ‘Pathways to Prosperity’, based on which the ‘Theory of Change’ has been developed, is an upgraded approach than the traditional ‘Graduation’ model.

PPEPP project, funded by the DFID and EU, sets its goal to enable 0.25 million extremely poor households (up to 1 million extremely poor people) to exit extreme poverty and make significant progress along a pathway towards prosperity by 2025. PKSF, as the main implementing partner of PPEPP, will cover selective unions from riverine chars and banks in the northwest, coastal belt in the southwest, Haor region in the northeast and some other extreme poverty prone areas focusing on ethnic minorities and Dalit communities.

The planned piloting will be carried out in 10 unions, selected by random sampling, from the northwest, southwest, and northeast (Haor) region of the country. Two other Upazila was selected intended to piloting for the ethnic minorities and Dalits. The purpose of the piloting is to evaluate the anticipated challenges to experiment PPEPP project on a smaller scale in the selected unions from remote areas prone to extreme poverty and finalize programme placement modality by assessing the reality in the field level.