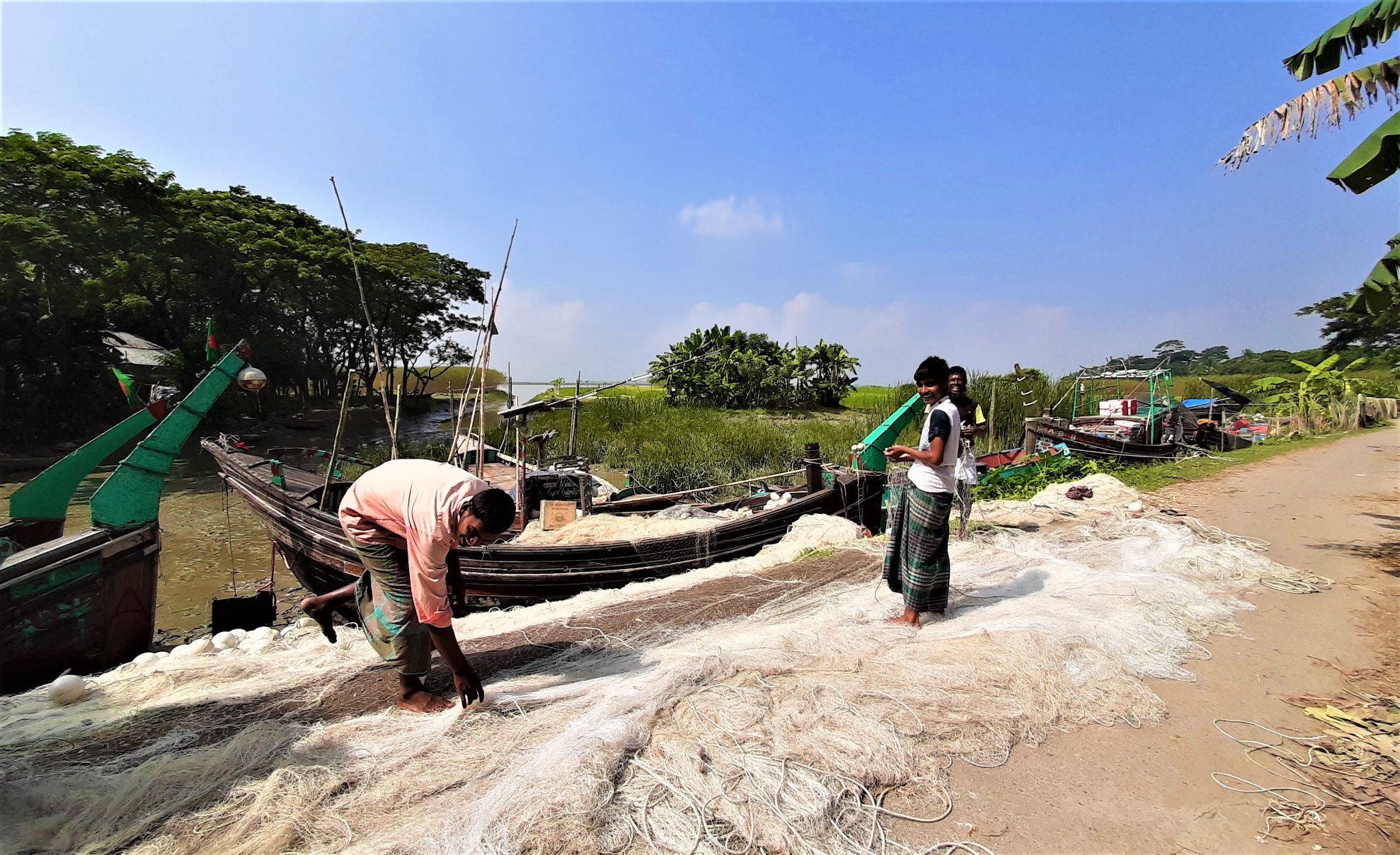 Monpura sits on the bank of the mighty Meghna that runs along the coastal district of Bhola. The upazila is home to about 1.25 lakh people (2011 census), most of whom are directly or indirectly involved with fishing. The vast majority of them are marginal fishermen who, like their forefathers, took up the profession finding no other livelihood options in this poverty-stricken district in southern Bangladesh.

For generations, these hapless fishermen have been the victims of an exploitative system called “Dadan”, which controls the sharing and marketing of the fish caught by the fishermen.

Marginal fishers require loan from local “Mohajons” or “Aratdars” (traditional money   lenders) to buy or mend their boats, nets and other accessories. The loan amount may vary depending on the need, but it can range from Tk 1-10 lakh. In return, these fishermen must sell their fish to these lenders at a price much lower than that in the market. This mandatory sale happens even before the fishing season begins. Sometimes prices are predetermined.

A study published in Brazilian Journal of Biological Sciences in 2015 found that the price could be as low as Tk 200 per maund (37.5 kgs) of hilsa fish.

In the Dadan sharing system, boat and net suppliers (who are basically Dadandars) first take away up to 90% share of the total catch. Of the rest, the boatman gets half while the other half is divided among the 5-10 assistants of the boatmen, according the study done in 2013.

This means, the money the fishermen get from the sale of the share of their fish is too little to pay back the loan. As a result, while the interest keeps rising, they are forced to sell their fish at a very low price to the same Mohajon for years, or even for their life, making it easy for the Mohajons to exploit them.

“It feels as if we are chained for life. We can never really break free from the shackles,” says Abdul Majhi, 40, of Dakkhin Sakuchia in Char Monpura.